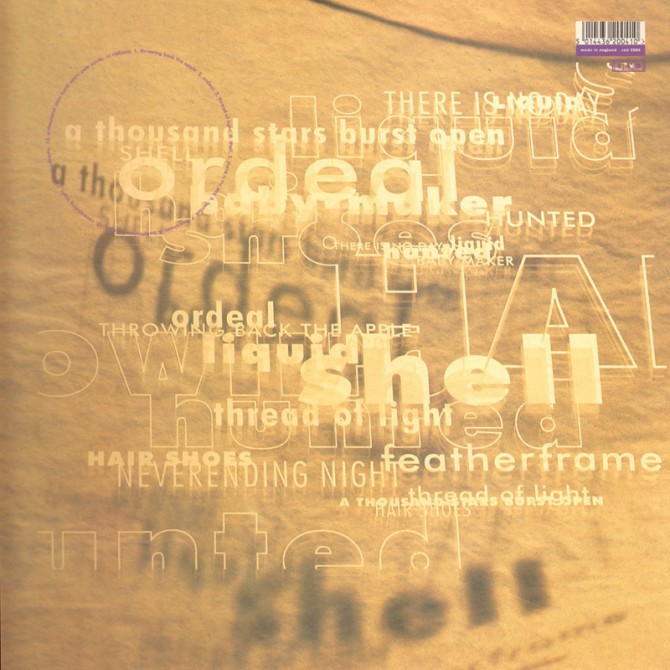 But perhaps the above tidbit should be none of your business. Or at the very least, just too much information.

Personal details aside, the 1992 release of In Ribbons marked an era where effects pedals and processors such as the Yamaha FX500 reigned supreme with many British bands. I remember seeing the new-at-the-time processor onstage with Slowdive, The Boo Radleys, Lush and many more — with most content to use the machine’s presets instead of shaping custom effects. (In all fairness, it was a pain in the ass to save them.) Keeping in mind its impact and influence within the shoegazer genre, it should almost be considered its own musical instrument.

But Pale Saints was the kind of “shoegazer” band that didn’t rely on hastily-crafted effects. They simply brought great textures and sounds to some really great, well-written songs.

(The More You Know: US editions of In Ribbons included a cover of Slapp Happy’s “Blue Flower.” UK editions of the vinyl album included a free 7″ with two songs recreated by the Tintwistle Brass Band. Their version of “A Thousand Stars Burst Open” is particularly nice.) 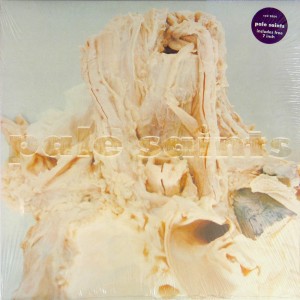 Many will immediately recognize this album art as the work of Vaughan Oliver (in this case, as with many other v23 records, in collaboration with Chris Bigg). And while not the first time that we’ve discussed Vaughan Oliver’s work, I believe this is the first time we have featured the back of a record.

The prolific and talented Kevin Westenberg is credited with the still life photography on the front cover, but the back cover of this record really steals the show. The carefully layered and manipulated variants of Futura perfectly mirror the tracks and textures within.

And that is typographic design functioning at its very best.