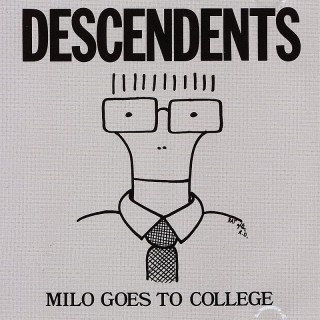 This 1982 debut album from the Descendents sticks in my memory like few others, mostly because it pretty much made it cool to be a nerd. It’s now common knowledge of course that the album title and cover refers to singer Milo Aukerman’s departure from the band to study biology at the University of California, San Diego (later receiving a Ph.D. in biochemistry from the University of Wisconsin, Madison).
END_OF_DOCUMENT_TOKEN_TO_BE_REPLACED