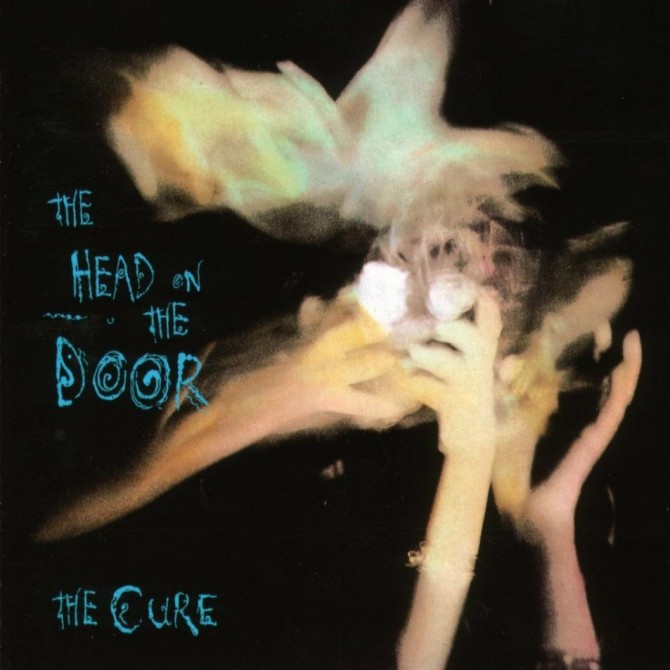 The Head on the Door

Editor’s Note: We were thrilled when writer, photographer and all-around badass Linda Park accepted our invite to be a guest contributor. She’s worked in the music industry for longer than she’ll allow us to mention, tour managing famous bands and working on events such as SXSW. But mostly, she “tells it like it is” like no one else. Catch more of her talents and grains of wisdom at Afraid of the Park and Into the Great Wide Open.

When Shawn asked me to do a post for Rock That Font, well of course I was excited because anyone asking me to write anything is pretty groovy and sure, I like music and design. I am not, however, a super smart font nerd so it became ponderous, what record to discuss.

Fast forward two (err, three?) months and now that I sit just outside his office every day the pressure’s been mounting, if only in my mind, to talk to you about the wonders of…

The Head on the Door.

They say you never forget your first time, and it’s that way for me with music. I remember with fondness and wist the day I stopped being a Cure virgin. I saw the video for “In-Between Days” and wondered who are these adorable creatures running around amongst a flurry of animated socks?!

The Cure – In-Between Days by jpdc11

And into the rabbit hole I fell. I didn’t want to be with Robert Smith, I wanted to be Robert Smith. At 15 my aesthetic turned and the hair got bigger and the clothes got blacker. I was a goner.

Many of the band’s designs were done by guitarist Porl Thompson and his partner, Andy Vella. Together they became Parched Art and were responsible for not only the covers, but their distinctive hand drawn lettering became a staple in the band’s artistic oeuvre.

What it boils down to is this… we can look at the artfully mussed with photo of Robert Smith’s sister, Janet (who was married to Thompson), and at the scratching looping swirls that become the words “the head on the door,” and I understand how design plays a big part in how we become enchanted with any album, especially back in the vinyl era, which is experiencing a renaissance now, but at the end of the day we pull out the record, put it on the turntable and it’s the music that takes us away.

Away to a heartspace that expands and stretches with the words that speak to us and the melodies that let these lyrics ride their waves into our souls. I am probably the only person who would say “Push” is her favorite track on the record when you have songs like “A Night Like This” and “Close to Me,” but the thrumming wash of guitars and Smith’s voice telling us “he gets inside to stare at her, the seeping mouth, the mouth that knows the secret you”… it’s a verse that takes me away and no matter how old I am when I hear it, I’m really 15 again learning about yearning through the smiling melancholy.