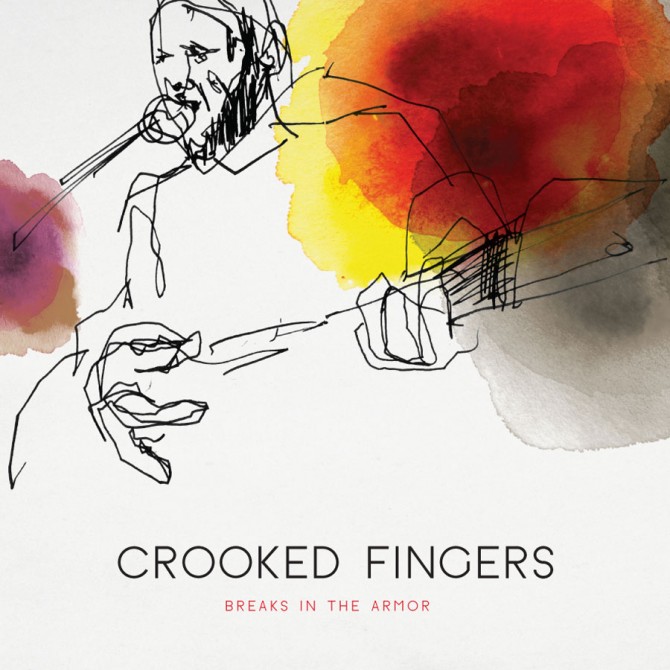 Breaks in the Armor

I have few rules in life. One of these rules is to never cover Bruce Springsteen songs. That is, unless your name happens to be Eric Bachmann.

From his tenure in Archers of Loaf to Barry Black to Crooked Fingers, Bachmann has influenced my own songwriting and guitar-playing significantly more than most. (And he recently has been spotted on stage with Neko Case, another fave of mine.)

But as with many of our beloved artists, life occasionally gets in the way. We don’t bother to make new playlists, we lose track of tour stops in our hometown, and we miss out on that critical release of note. Such is the case for me with 2011’s Breaks in the Armor from Crooked Fingers.

Like much of Bachmann’s recent work, the album is full of songs about perfect storms, drunkards, spilled blood and lovers lost. The dark lyrics almost recall a modern twist on Coleridge’s The Rime of the Ancient Mariner in tone. Musically, the songs wonderfully straddle the line between hope and despair — “The Counterfeiter” and “Went to the City” being the more upbeat exceptions. For the past month, the album version of this gem has been on repeat:

The record cover is simple and straightforward: a vibrating illustration by Greg Betza of a performing Bachmann with touches of watercolor. The typeface, Ephesus Light by Ahmet Altun, is well-paired with the thin lines of the drawing. The font is named after the ancient city near Izmir in Turkey, which is famous for the Temple of Artemis (one of the Seven Wonders of the Ancient World).

Very fitting for an album that summons ancient mariners and lost souls.