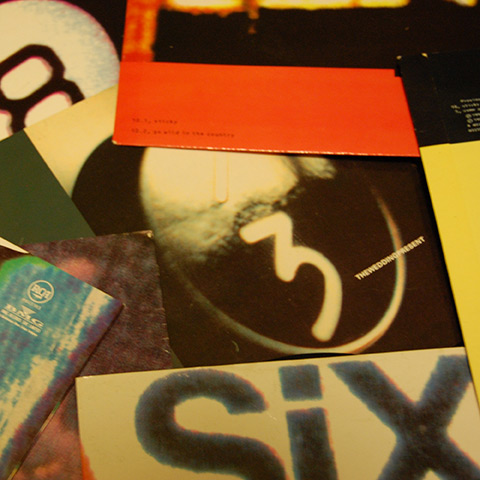 Leeds’ The Wedding Present recently wrapped up a North American tour to celebrate the 21st anniversary of Bizarro, their first full-length for RCA (released in October of 1989). Full of fast, jangly, mostly three-chord progressions — it laid a dynamic and melodic foundation that David Gedge would perfect on the masterpiece that is 1991’s Seamonsters. Recorded in under ten days with Steve Albini, Seamonsters’ success within indie circles allowed the band to then experiment with their release format. In 1992, they put out a series of impressive 7″ singles rather presumptuously titled, The Hit Parade. From Wikipedia:

The next year saw the band release twelve 7″ singles in one year. Each single had a limited pressing of 10,000 copies which all reached the Top 30 in the U.K. chart, equaling Elvis Presley’s record for the most U.K. Top 30 hits in one year. To economize on songwriting, the B-sides consisted of cover versions of songs including Julee Cruise’s “Falling” (the theme tune from Twin Peaks). The singles and their B-sides, produced by various producers such as Ian Broudie (Lightning Seeds) and Jimmy Miller (The Rolling Stones) were collected on two albums, Hit Parade 1 and Hit Parade 2.

The Wedding Present’s albums always contain a tasteful amount of type, letting the music truly stand on its own (often not even bothering to detail who was performing in the band at the time). With this minimalism in mind, many of the early records are set in heavier weights of Helvetica Neue. Bizarro’s title text looks to be Helvetica Neue Exp Bold for instance. 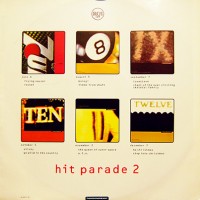 But here’s where things get really interesting, typographically speaking. Each Hit Parade 7″ cover features an image of that particular number in the series (for example, the eighth single has a macro image of an eight-ball) — creating another layer of typographical intrigue on each single. And with the exception of the band’s name (now set in Arial Extra Bold due to the small print size), all of the text is set in OCR-B — Adrian Frutiger’s 1968 design that followed the European Computer Manufacturers’ Association standard.

A parade of hits indeed, perfect for humans and machines alike.