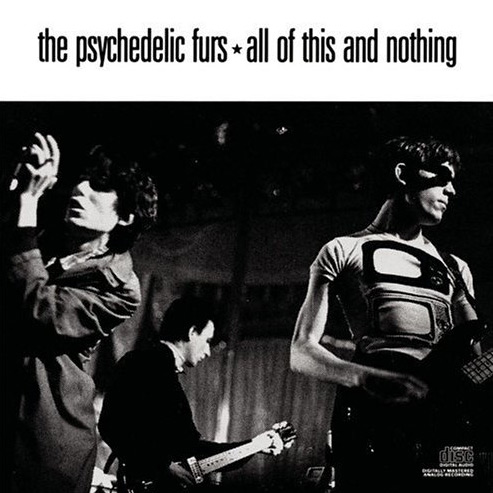 All of This and Nothing

At a time when most were watching Miami Vice and sporting Hypercolor, the Psychedelic Furs’ 1988 compilation All of This and Nothing delivers a minimalist black and white composition to near perfection. No bright attention-grabbing neons or funky typefaces here. Simply Univers in all lowercase (likely Univers 49 Light Ultra Condensed with tightened tracking). The neo-grotesque sans-serif was originally designed by Adrian Frutiger in 1954 and released by the French foundry Deberny & Peignot in 1957.

As any graphic designer worth his or her salt knows, Frutiger’s numbering system was first used with Univers and adopted for use in the Frutiger, Avenir, and Neue Helvetica families. (The number used is a concatenation of two numbers: the first set defines weight and the second defines width and position.)