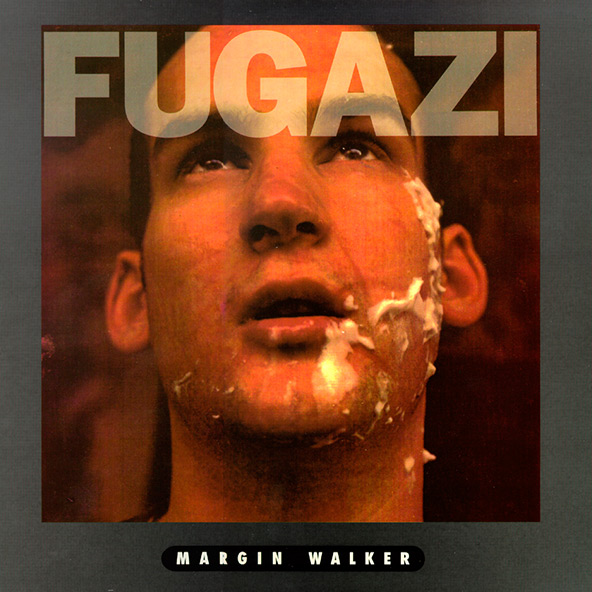 I was 15 years old (and full of all the naive, idealistic, invincible lust of youth) when I first saw them perform. Throw in a guitar for my birthday, a few power chords and some borrowed stage moves from Guy Picciotto… and before I knew it, I was in my own band. I’m just one of thousands who were inspired in this very manner, back when the word “emo” seemed to reference something very different than it does today.

Margin Walker, Fugazi’s 1989 EP is set in Franklin Gothic. A font initially by Morris Fuller Benton in 1902, Franklin Gothic was inspired by the heavy san-serifs first made popular by Vincent Figgins in 1830. Victor Caruso drew the ITC multi-weight family in 1980 (which David Berlow expanded even further in the early 90s).

At first glance the “Margin Walker” title text appears to be something along the lines of Futura Futuris Extra Condensed. However that particular flavor was released around 1993, so more likely just good old-fashioned Futura Condensed Bold with a healthy amount of letter-spacing.